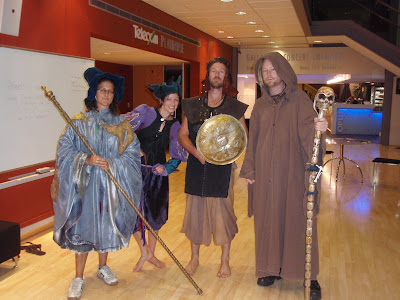 Once again, our hero Professor Bob Carter has graced us with his presence giving a free lecture at Waikato University and of course we couldn't pass up this opportunity to get out there to spread the word and recruit as many new Flat Earthers as possible. Where would we be without Bob's army of tireless fighters for truth in a world gone mad with climate change loonies and round earth nutters!? These people truly are a beacon of truth while collapsing ice shelfs, Australian bush fires, vanishing summer sea ice cover over the Arctic are driving everyone away from us! These are the hard-core, our target audience who stay strong and fight tirelessly against the dual conspiracies of anthropogenic climate change and round earthery.

Despite the continual decline of believers, we at the F.E.S. firmly believe that the day will come when our centuries of conspiracy battling experience will combine with your dwindling network of Climate denialists and all the funding they get from the petroleum industry uniting us in our combined struggle against the evil forces of the IPCC, NASA, Google Earth and The News.

Stay strong - its not over yet Bob! We've been through all this before and have persevered throughout thick and thin, keeping the truth alive, still getting out there and fighting the good fight so that everyone may once again know of the true shape of our planet. Yes, its depressing when nobody believes you, but we know better don't we Bob?

Bob, on behalf of all remaining Flat Earth believers we salute you and once again reach out a hand in solidarity in this time of great difficulty for us all. Please get in touch so we can prepare for your initiation ceremony when you will be presented with your very own Flat Earth Society robe and matching staff - oh what a momentous occasion it will be for us!

Stay Strong Bob, we're with you all the way! 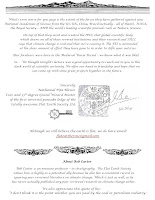 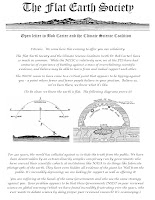 We at the Flat Earth Society have spent so many years out in the cold, shunned by Government, science and most of society.

But on Friday night a glimmer of hope appeared for us in the form of the climate sceptic group, the NZ Climate Science Coalition. They were hosting a talk by the Australian climate sceptic (and stratigraphist which is about rock layering) Bob Carter, at the Royal NZ Yacht Squadron in Auckland.

We couldn't afford the dinner, so we got a little appeal letter together for the good chaps of the NZCSC.

We dressed in the outfits from our favourite time – the medieval warm period – and went off down to Westhaven.

Our appeal goes like this: The myth that the earth is round has been the result of a sustained conspiracy by both Governments and the likes of NASA for centuries. Flat Earthers like us have continued the battle, but we've been a lone voice.

We've noticed the same sort of line is coming from the climate skeptics. They, too, see the huge conspiracy by the IPCC and world governments who are trying to tell them that climate change is real and has already begun. So why not get the two organizations together? Why not join forces? This was the intention of our outing.

So how did we get on? The reaction was largely one of confusion, with a both hilarity and anger in equal doses.

People thought we were protestors - HELL, NO, we said – we seek solidarity, we said! We are reaching out in friendship! Some really didn't believe us. Terry Dunleavy (of the international climate science coalition fame] was, for some reason, apoplectic.

It was a real shame we didn't get to see Bob Carter – as an expert in stratigraphy, (rock layers), we thought he'd be quite au fait with a number of our arguments and could be very useful to our cause.

Don Brash was there - which wasn't very surprising. We had already noted how uncomfortable he was (along with a number of other members of the national party, including its leader) with the concept of global warming. It must be a relief that he no longer has to pretend to care.

Popcorn all round at F.E.S. NZ underground lair

Oh what a fantastic night we had last Sunday!!
Nathanial got the microwave pop-corn on his way home, we turned the lights down low (not to save energy of course) and the Flat Earthers were treated to a televisual feast of scientific truth. It was a bit like the good old days when we would get together and watch a good old fashioned witch burning. *sigh*

We at the Flat Earth Society think that the Great Global Warming Swindle is the best film ever made!

We completely support the guy from Newstalk ZB's Climate Science Research Unit - what's his name - Layman Smith? He has had such a long history of climate research and expertise - he has a website after all.

And we KNOW there is a conspiracy - in fact we have been trying to get the Climate Science Coalition to be our friends. Like us, they believe that there is a global government and scientific conspiracy against them.

We've had a bit more history in this regard, but our experience only goes to show that if these sort of conspiracies continue, they become fact.

We hold out our hands in friendship.

P.S. the following videos showing what appears to be Martin Durkin; the maker of 'the swindle' are a load of fake bollox. Clearly, this isn't Durkin at all but a cybernetic replica manufactured and enslaved by crazed IPCC scientists. Our Flat Earth research team noticed tiny robotic-like twitches around Robo-Durkin's beady bio-mechanical eyes. See for yourself. 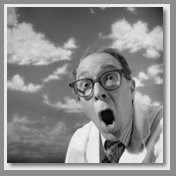